In one of the last blog posts I touched upon my internship at Industry Report Store. In this post I will go into more detail about what I have learned since starting here.

Never during my job search did I imagine I would be employed to build HTML email templates, my HTML skills till this point so far had been 2-3 websites for university and personal attempts to design my own website which had failed due to my for lack of better words.. “rubbish” design skills.

I wish I done more research into how to code for emails before I embarked on this challenge, I wasted a lot of time.

My initial templates I coded as if they were a website, using CSS and styling using DIV tags. One mistake I didn’t make was using external style sheets (Even I figured out that there would be no way to link them).

Then came judgement time, I sent my first test send and every email client ripped it to shreds, it was at this point I asked uncle Google for help.

This image sums up how I feel about HTML emails. 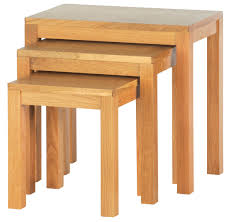 Who would’ve thought that in 2013 you would coding in tables? Not me..

Having started university in 2008 they never really covered the existence of tables in web design, they clearly never expected any of us to become involved in email marketing.

I found nesting tables inside tables became very confusing very fast, as time went on I managed to cut down the amount of tables I was using.

I have always been a Micro$oft “fan boi”, that was until I met Outlook 2007. When a powerful empire such as Micro$oft is able to roll out a platform which is below standard to millions of companies worldwide it really bytes (ha!) the small intern in the behind.

Industry Report Store mainly deals with B2B clients, simple logical deduction tells us their customers use Micro$oft technology, so there is a very high chance of Outlook 2007 being their email client.

Outlook 2007 breaks everything, and when I say everything I literally mean everything. I remember building HTML pages and having to optimise them for IE7 and thinking that was a pain, however now having this current experience I would take IE7 any day.

In my next post I will talking about the next step in my “Mel Reid” digital campaign which is sending out HTML email CVs to potential employers.